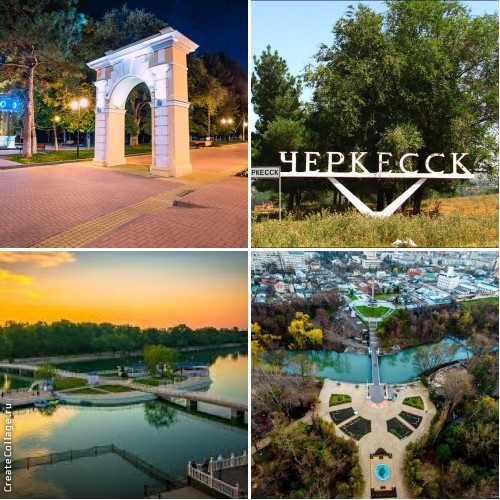 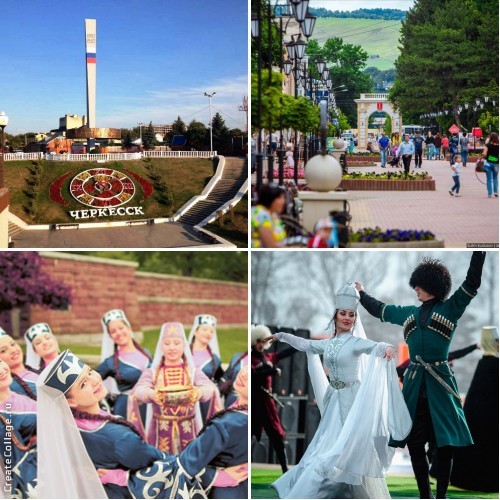 Cherkessk (Russian: Черке́сск) is the capital city of the Karachay-Cherkess Republic, Russia, as well as its political, economic, and cultural center. Its population was 129,069 (in 2010).

Cherkessk was established in 1804 as a Russian military fort on the Kuban River. In 1790 Russian troops under the command of General Johann Hermann von Fersen (Ivan Ivanovich Herman fon Fersen) defeated the Ottoman Batal Pasha. In honor of the victory over Batal Pasha, the fort was named Batalpashinskaya. In 1880, Batalpashinskaya became the administrative center of the region. It was the place of grain and cattle trade, a wood cutting plant was opened. Since 1922, the town was the center of Karachay-Cherkessia autonomous region, since 1926 - the center of Cherkessk national district, from 1928 till 1943 - of Cherkessk autonomous region. In 1931, Batalpashinskaya received the city status and was renamed Batalpashinsk.

In 1957 Cherkessk  became the capital of the reformed Karachay-Cherkess AutonomousRegion (Oblast) which became the Karachay–Cherkess Republic in 1991 with the fall of the Soviet Union.

Within the framework of administrative divisions, it is incorporated as the city of republic significance , so it is  an administrative unit with the status equal to that of the districts.

The city is inhabited by Russians, native Karachays,  Cherkess (Circassians),  Abaza, Nogays and minorities of Ukrainians, Greeks and Armenians.

Ø  Cherkessk is located in the northern part, the foothill zone, of the Karachaevo-Cherkessia, on the right bank of the Kuban River.

Ø  The climate is quite favorable. The average temperature in January is minus 2 degrees Celsius, in July - plus 22.5 degrees C.

Ø  There is a refrigerator machine-building plant, a rubber plant, a low-voltage equipment plant, a cement plant in Cherkessk.

Ø  The city is a railway station on the dead line “Nevinnomysskaya - Dzheguta”. Here starts the Military-Sukhum highway, built in 1828-1878. Cherkessk transportation consists of trolley-buses, buses and mini vans.

Cherkessk is home to the following education institutions:

IN CHERKESSK you definitely should  visit Park “Green Island”. It   is a perfect place for having good time with your family and friends.

Also you may visit numerous restaurant and cafes with traditional local and European cuisines.