Professors and students  together with the Director of the Medical Institute  participated in one of the most important patriotic acts “Immortal Regiment March” dedicated to the memory of  72nd  anniversary  of Great Victory Over Agressors and Facists. They took part in festive events and “Immortal regiment March” which started  in the central Square  of Cherkessk city.

Traditionally,  administration, professors and students of the Academy and the Institute annually participate in  this  March holding  photos of their relatives and family members who participated in the World War II and fought for the Great Victory. It is the Memorial Day! Memorial Mach! Memorial Act!.

Our foreign students also took an active part in this event which helps them to understand culture and traditions of Russia more.  They expressed their mutual respect  to people who died fighting in this war, who defended our Motherland.. 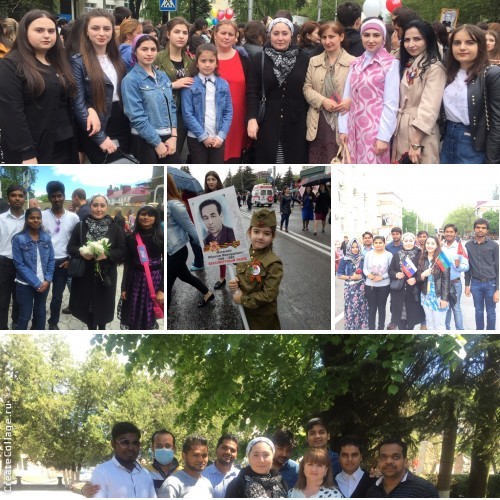